How Much Sugar is in Ginger Beer? 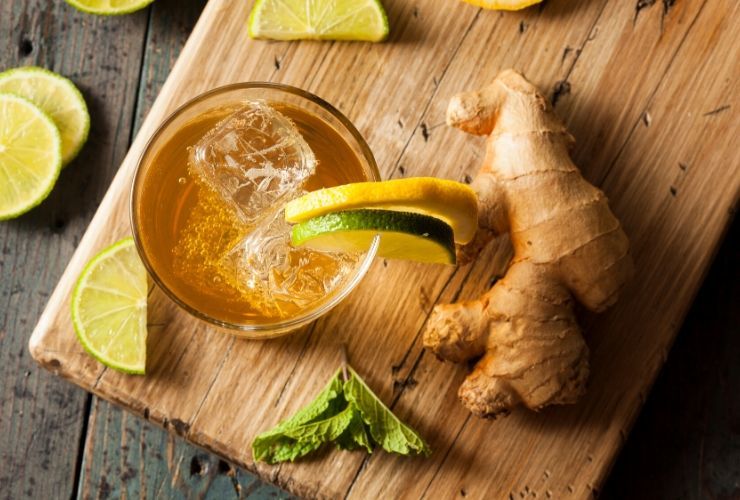 It's been a long day. You get home, change into something comfortable, and crack open a nice, cold ginger beer. But have you ever wondered how much sugar is in ginger beer?

Sugar has been a hot button topic for some time because of its adverse health effects. A little sugar here and there won’t hurt anyone, but as you probably know, too much isn't good for you either.

Broadly speaking, you'll want to keep a check on your sugar intake. According to the American Heart Association, men should consume no more than 9 teaspoons of added sugar a day and women no more than 6 teaspoons. Keep in mind that a can of soda contains 8 teaspoons alone!

First things first, let's not confuse ginger beers with ginger ales or root beer. Ginger beer is brewed and fermented while ginger ale is simply carbonated water flavored with ginger. Neither are alcoholic either. There are, of course, more differences but these are the primary distinctions.

Root beer, on the other hand, is not your typical beer as it's brewed with actual plant roots and does not undergo fermentation. It's made using the root bark from the sassafras tree. Most versions are kid-friendly though you can hard root beer as well.

All three are easy to find and available in leading supermarkets.

How much sugar is in ginger beer?

The level of sugar in ginger beer changes depending on several factors.

To better understand how much sugar is in ginger beer and other health considerations, you'll need a little more information.

What's ginger beer made of?

The main ingredients in ginger beer are usually cane sugar, lemon juice and some amount of ginger root, usually fresh and grated. 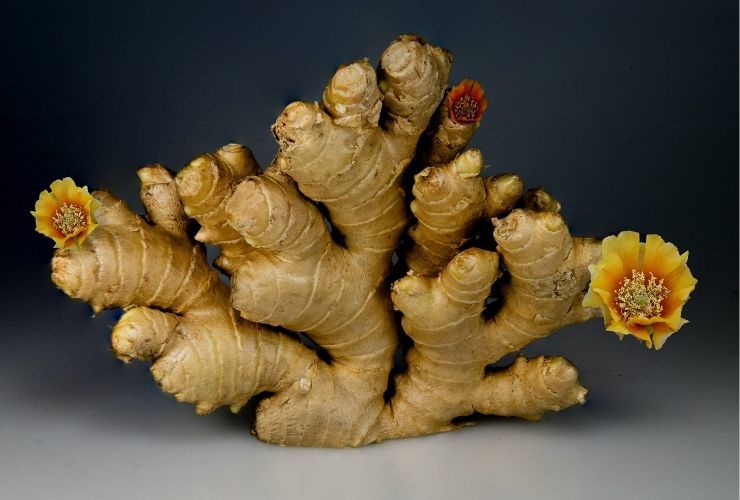 The fantastic thing about making ginger beer at home is that you choose how much sugar goes into each batch.
There needs to be some sugar to brew ginger beer to support the fermentation process and to offset the spiciness of the ginger. Beyond that, it's entirely up to you to decide how much sugar you want in your drink.
You may be surprised to find that you can limit the sugar, but still enjoy your ginger beer just the same. Some homemade ginger beer aficionados suggest replacing traditional sugar with coconut sugar for a slightly healthier option.

Much like homemade ginger beer, each brand is going to have different sugar content as their recipes all differ slightly. So whether you prefer Bundaberg ginger beer or Jamaica ginger beer, your best bet is to read the nutritional info.

Almost all ginger beers have sugar content between 25 and 50 grams, with a majority of brands being in the high 30s or low 40s.

Most health experts will tell you that sugar content like that in a single drink is too high, but you can still argue that the cane sugar that goes into these drinks is still healthier than high fructose corn syrup that goes into other soft drinks.

Nevertheless, the simple truth is that ginger beer contains more sugar than Coca-Cola.

Thanks to its growing popularity by itself and in mixed drinks we are starting to see a rise in the number of diet ginger beer options available. They range anywhere from traditional diet soft drink sweeteners like aspartame to newer, more natural sweeteners like monk fruit and stevia.
These have few to no calories, which is helpful when you're on a low calorie diet.

Despite the presence of copious amounts of sugar and sometimes a little alcohol, this drink does let you enjoy some benefits of ginger.

Ginger is a homeopathic remedy for curing an upset stomach, so it only makes sense that ginger beer with real ginger would be an easy to drink option when you’re feeling queasy.

Ginger is thought to have a lot of benefits, but like any supplement, they are not confirmed by science. Like everything in life, ginger beer is good in moderation, but it may have a few more health benefits than a traditional soft drink.

The jury is still out

How much sugar is in ginger beer depends on the recipe. The benefits may outweigh the risks but keep in mind that's it's got a whole lot of sugar.

The good news is that, if you make your own or opt for a diet ginger beer, you have better control on your sugar intake. Regardless, you'll still have a tasty drink that's "better" for you than most sodas.

Professional jockey Jose always liked to kick back after a training session with a high-strung thoroughbred, but he'd never indulged in beer until the raven-haired owner of his most challenging mount slid him one from across the table. One sip of the ice cold, frothy pale ale and Jose was lost. Now married to an heiress, Jose works as a sports journalist and collects cars.